10 years ago on May 22, 2010 something incredible happened to the cryptocurrency world. The first Bitcoin transaction for a consumer product was made. A Florida man bought two pizzas with 10,000 Bitcoins!

I know your jaw dropped a little… maybe a lot. As it stands today 10,000 bitcoins is worth around $145 million AUD! You can now see why this purchase is dubbed as the world’s most expensive pizza.

The man behind this famous purchase is Laszlo Hanyecz. His original post advertising his offer can still be viewed on bitcointalk.org. He wrote,

“I’ll pay 10,000 bitcoins for a couple of pizzas.. like maybe 2 large ones so I have some left over for the next day,

Laszlo Hanyecz has since been interviewed numerous times to learn of his reasonings at the time of purchase and his feelings now about his history making pizza purchase. He has been quoted saying,

Back then it was not worth that much. I thought it would be cool thing to do, to buy something with this open source internet money.

Elbaite wants to celebrate the 10th year anniversary of this humble but pivotal transaction by giving away two free pizzas delivered to your door. All you have to do is either make a purchase or advertise to sell Bitcoin and you will be placed in the draw. So go on and trade safely on Elbaite.

The promotion will run till 24 May 2020 Midnight. The winners will be announced and contacted via email.

We are so happy to announce Elbaite is a finalist in the annual Fintech Australia Awards night for the category of: EXCELLENCE IN BLOCKCHAIN/DISTRIBUTED LEDGER AND  DIGITAL CURRENCIES/WALLETS/EXCHANGES – Sponsored…

Need for DeFi – Current Economic Landscape The traditional financial market and its institutions is highly centralized. The government issues a currency that fuels our economy and is used for… 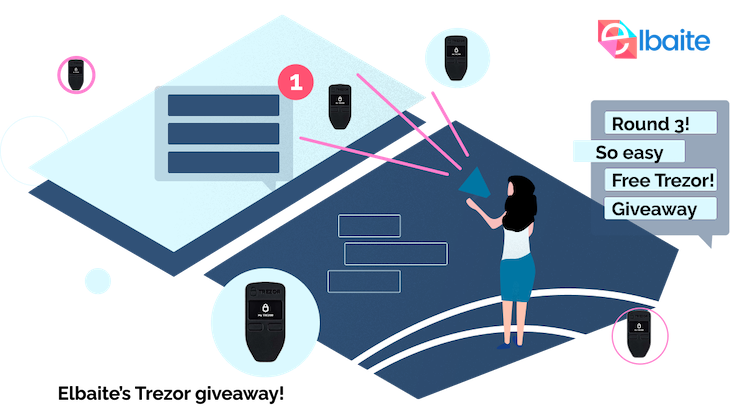 We want our users to trade with the very best and safest equipment. So we are giving away a Trezor Hardware Wallet again! Elbaite encourages the safest practices when trading…